Our site saves cookies on your device in order to deliver better content. You can disable the usage of cookies by changing the settings of your browser. By browsing our website without changing the browser settings you grant us permission to store that information on your device. I agree 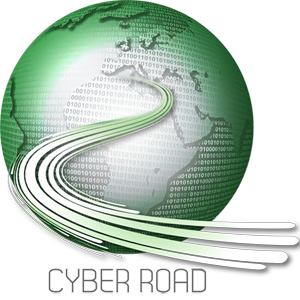 Development of the Cybercrime and Cyberterrorism research roadmap

CyberROAD organized its final event "Future Challenges in Cyber Crime and Cyber Terrorism Research: the CyberROAD perspective" at the Auditorium of the Faculty of Engineering and Architecture, University of Cagliari - Piazza d'Armi, Cagliari, Italy on May 25th, 2016.

March 10-11, 2016 - Joint Event with CAMINO and COURAGE on "Emerging and Current Challenges in Cybercrime and Cyberterrorism" (Hague, The Netherlands)

The main aims of the second ARES-Workshop that took place on December 9th 2015 in Vienna at SBAs premises were the following:

CyberRoad organized its first workshop in conjunction with ARES 2015. The aim of the First International Workshop on Future Scenarios for CyberCrime and CyberTerrorism (FCCT 2015) is to anticipate the future of cyber-criminal activities, enabling governments, businesses and citizens to prepare themselves for the risks and challenges of the coming years. The first step towards the creation of a strategic roadmap for future research on cyber-crime and cyber-terrorism is the building of scenarios on the future transformations of the society, business activities, production of goods, commodities, etc. The aim of FCCT 2015 is to create a forum on scenario building and creation of research roadmaps for cyber-crime and cyber-terrorism. The building of future scenarios should allow the identification of the main driving forces and factors that will shape the evolution of cybercrime and cyberterrorism. A principled analysis of the differences between the current state of play and the future scenarios should allow drawing roadmaps and priorities of future research on cybercrime and cyberterrorism. FFCT 2015 is an international forum for researchers and practitioners from Academia, Industry, Government and Non Governmental Organizations, involved in the investigation of future trends of CyberCrime and CyberTerrorism.

Security Summit is the event dedicated to security information and information systems, which registered an amazing success during, last years editions thanks to in depth examinations on the most important technologies for ICT security and high value contents. Security Summit - Cagliari was organized by CLUSIT, The Italian Association for Information Security and Astrea, Marketing and communication agency specialized in organizing events b2b, with the partnership of University of Cagliari, Sardegna Ricerche, Tiscali, and the sTATA (secure Technologies Against Targeted Attacks) project. During the summit, Davide Ariu has shortly introduced the CyberROAD project.

SINNOVA is the most important sardinian exhibition dedicated to innovation. It is organized every year in Cagliari. Innovative ICT Companies and Universities present their products and the results of their research activities. During SINNOVA 2015, UNICA (represented by Matteo Mauri and Davide Ariu, PRA Lab) presented its activities on Computer Security and the CyberROAD project.

The 3rd Hellenic Forum is an annual, polythematic conference, which took place in NCSRD premises during June 29th - July 3rd, 2015, in Athens, Greece. During this event, multiple sessions and workshops took place with several talks focused on cyber security, privacy and trust. The purpose of the "Cybersecurity, Privacy and Trust" session within the Hellenic Forum was to bring CyberROAD results closer to the general public, the scientific community and Industry.

Technische Universitat Darmstadt (TUD) organized the First CyberROAD Workshop, which took place in Darmstadt, Germany from May 20th to May 21st 2015. The workshop was attended by consortium and advisory board members with a view to:

The First CyberROAD Workshop enabled the advisory board to provide in-depth review of the project activities in all Work Packages. Considering the sensitivity of information, the first workshop was restricted to advisory board members that have an official affiliation with the project.

CyberROAD was presented by Przemek Jaroszewski, NASK, at TF-CSIRT meeting in Las Palmas.

CyberROAD was presented by Jart Armin at SECURE 2014.

During this event Pra Lab, represented by Gian Luca Marcialis, presented CyberROAD's goals and using also a poster with the CybeROAD's logo.

During this event, Giorgio Giacinto presented CyberROAD's goals giving a lecture and showing its related slides.